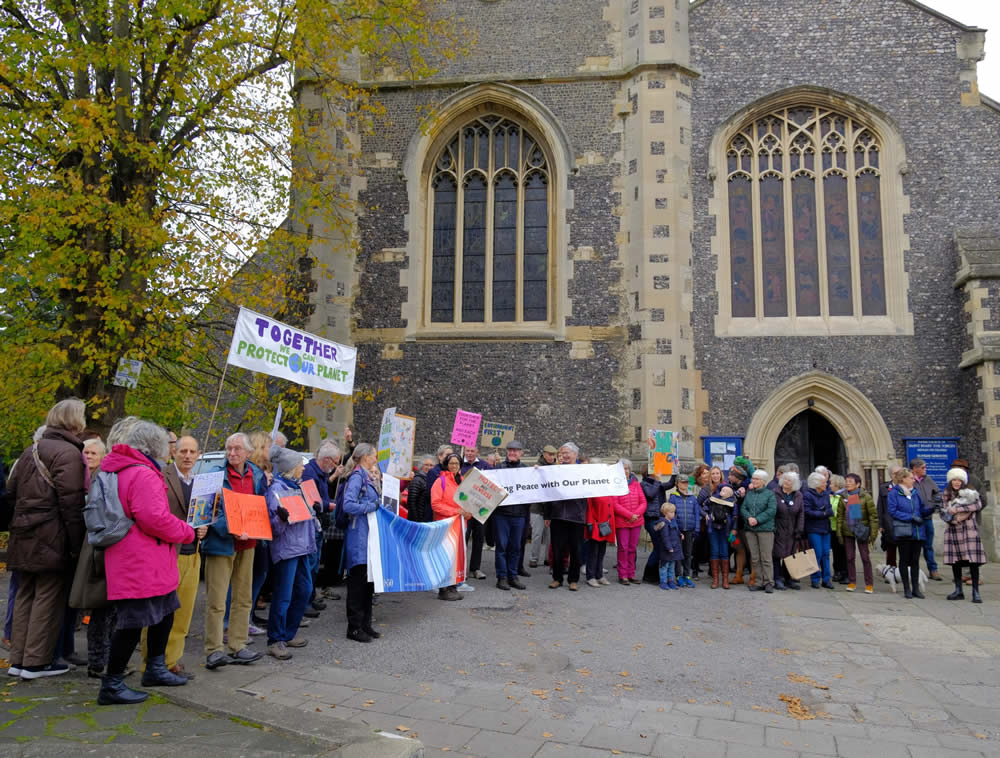 Saturday 6th November was the mid-point in the COP26 summit in Glasgow. Groups like Fairtrade, Oxfam, UNICEF and individuals of all backgrounds from around the world are demanding Climate Justice for those countries suffering the worst effects of climate change. We know that rich countries like the U.K. have done the most to cause the climate crisis, and owe the rest of the world an immense ‘climate debt’.

At this COP in particular we have been made acutely aware of the loss and damage already suffered by non-industrialised countries through climate changes they had no part in making. Many island states and countries in the Southern hemisphere are in extreme danger now, and need action now to stop the global temperature from rising further, and need financial help now to rebuild their destroyed infrastructure and help protect their environments from further damage.

So in cities, towns and villages all around the world people assembled on November 6th to demand climate justice. Greener Henley organised and was joined by about 75 people from various groups in Henley on a peaceful march through the town. We walked to the front of St. Mary’s Church. There we observed two minutes silence out of respect for all species that dwell on our planet. Photographs were taken of the assembled crowd in front of the church and sent to Boris Johnson, Alok Sharma and John Howell showing them that the people of Henley care
about Climate Justice. 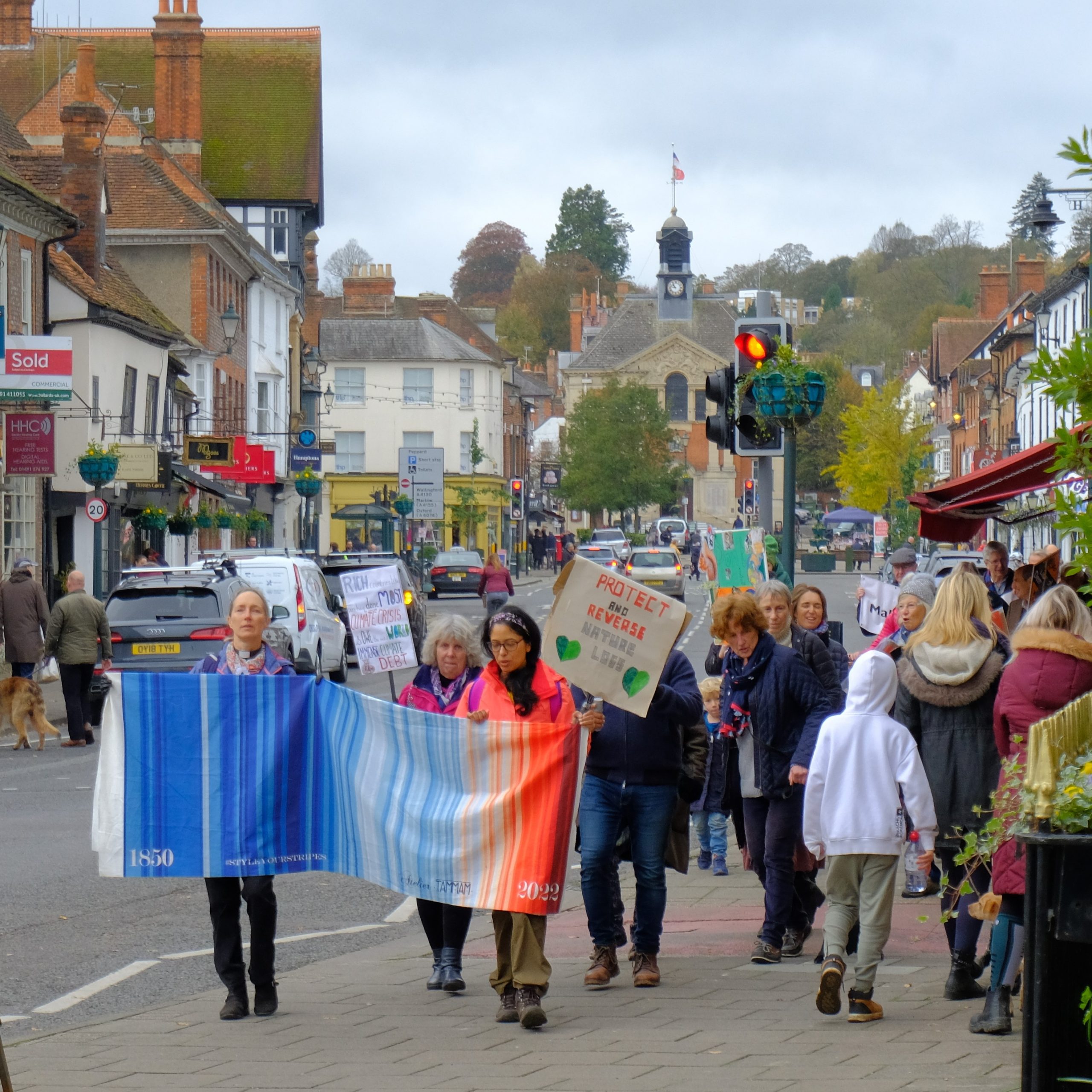 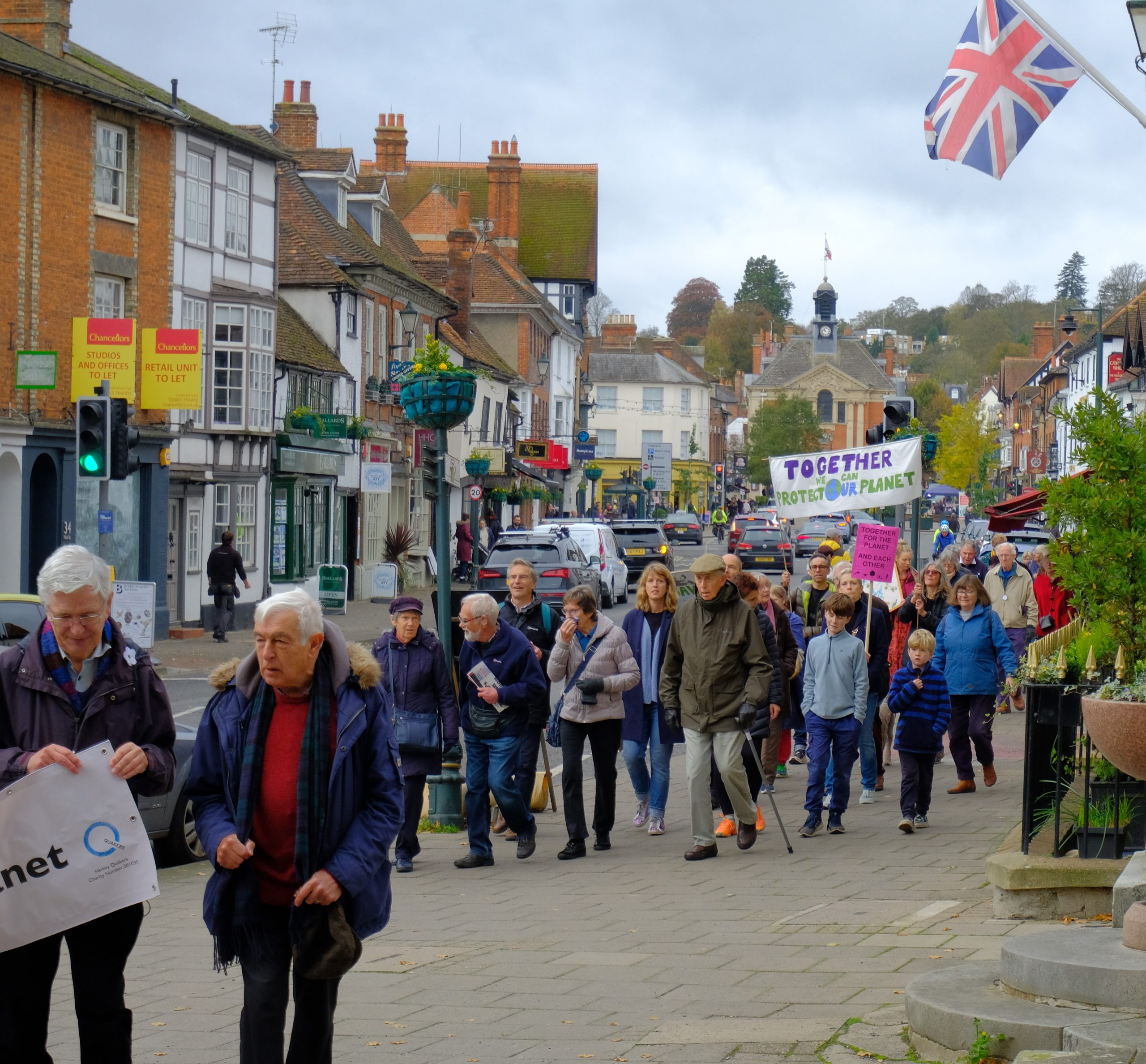 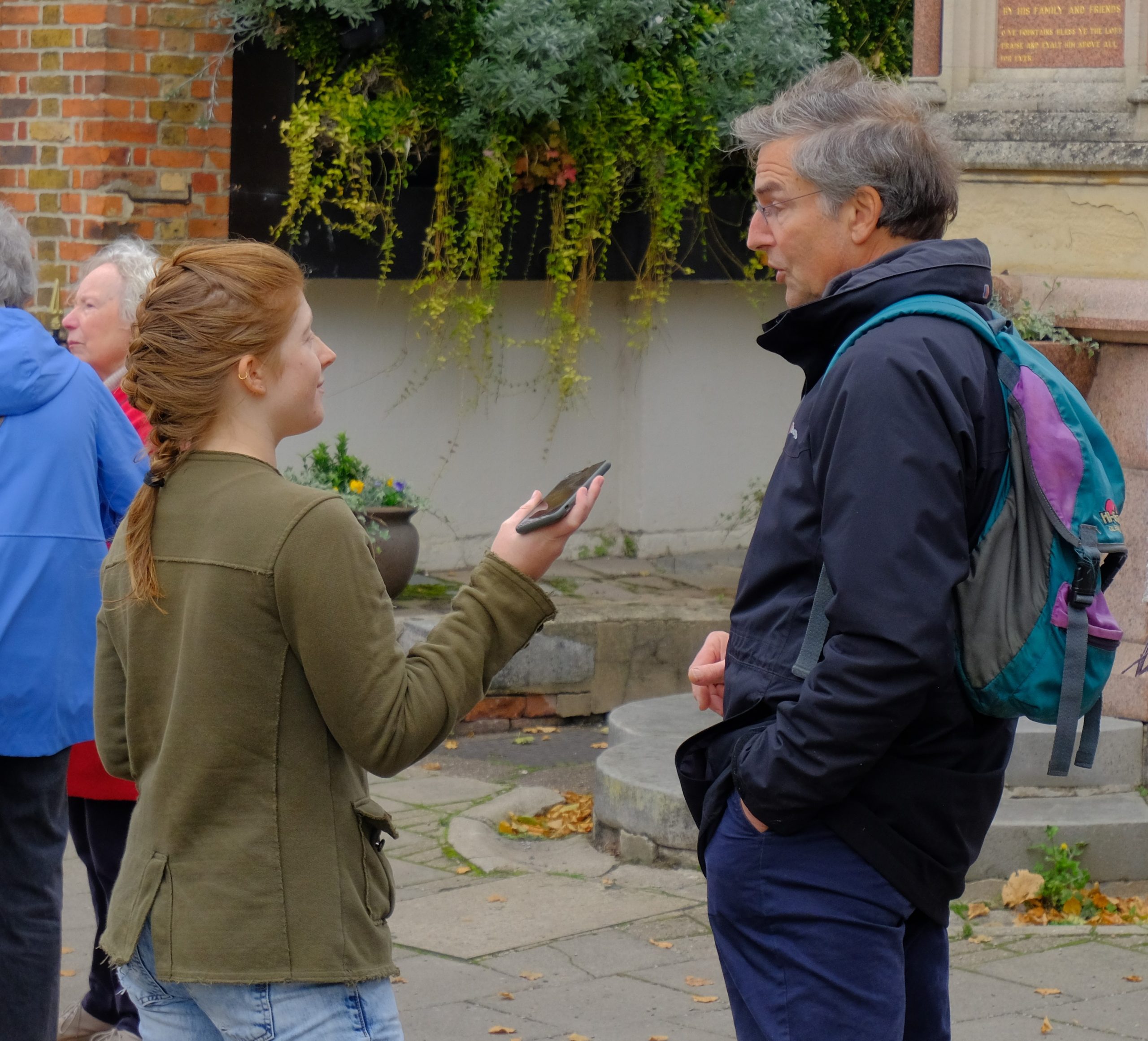 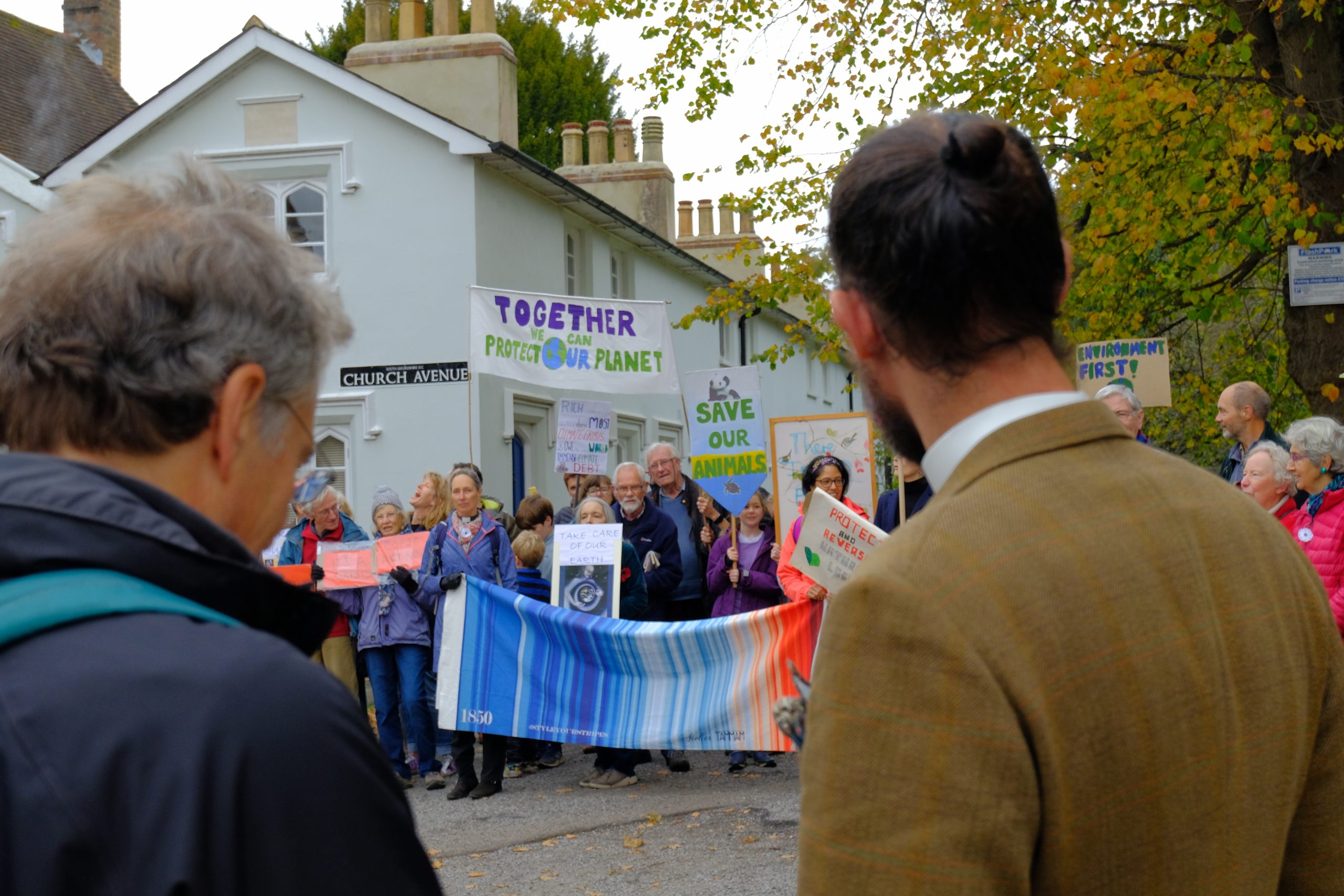 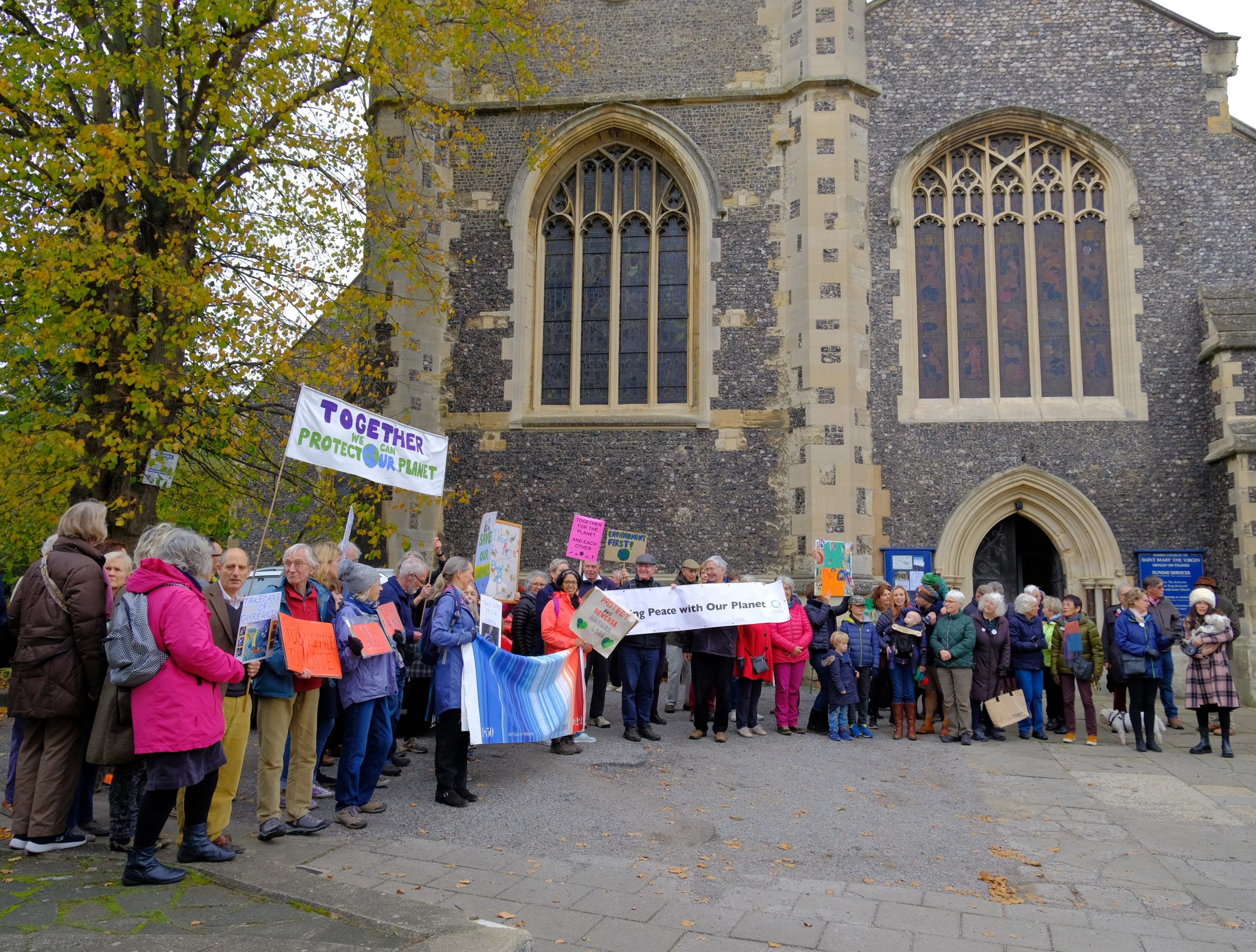 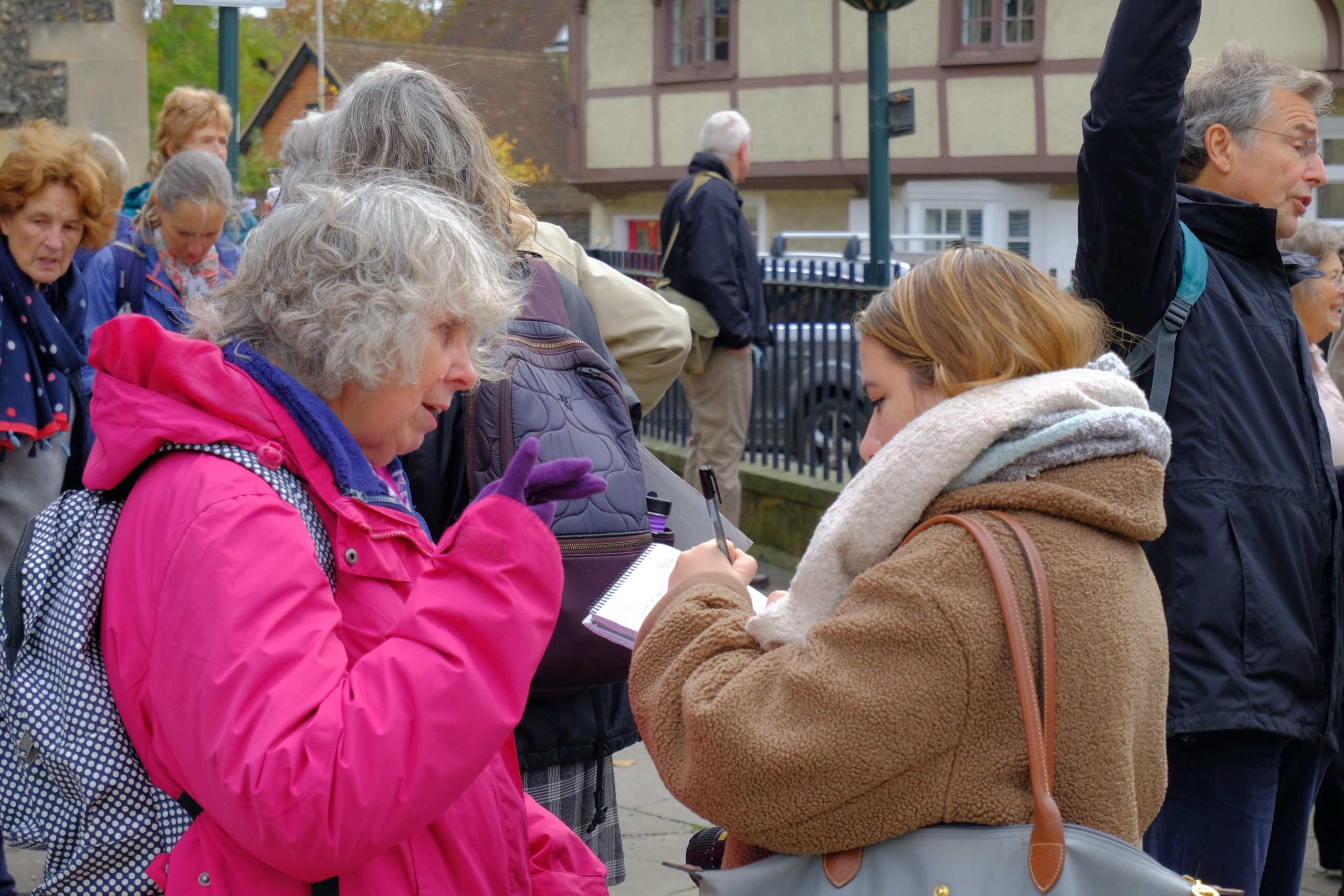 Thanks to Nick Turner for photography.